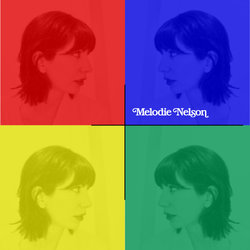 Following 2011’s more ethereal and dream like debut, Melodie Nelson returns with ‘To The Dollhouse’, a darker delve into forbidden love and passion, while toying with themes of suburbia and the undertones involved in the tipping point when the 60s turned 70’s.

Melodie Nelson has been quick to craft a name that invites playfulness and pop hooks with syntactic melodies. ‘To the Dollhouse’ continues this while balancing a dark human nature with the light air of desire, and produces a record that proudly evokes the grainy projections of 1960’s and 70’s cinema, the soundtracks of Dario Argento, and memories of the golden years of dreamy 60’s psychedelic – grander and more colourful than its predecessor.

Melodie Nelson is the solo moniker of seminal Sydney musician Lia Tsamoglou (previous Moon Milk/Rand and Holland), the standout songwriter is joined live by Kell Derrig-Hall (Bass), Hugh Boyce (drums), Travis Baird (guitar), Monica Brooks (Keys/Vox) and the omnipresent Robin Dixon on Cello. This past year was marred with intensive songwriting and developing a wholistic live performance as visual as the recordings.


Melodie Nelson has called on The Laurels to remix ‘Spin the Bottle’ from her recently released second album, To The Dollhouse. The Laurels take the track to hypnotic new levels adding a twist to the tale of a young girls spin the bottle session.