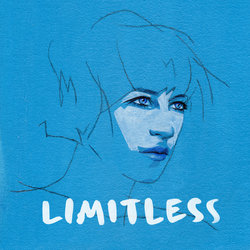 Limitless is the second single from Megan Washington’s new studio recording in more than two years. Her first single ‘Who Are You’ was the #1 Most Played by Triple J.

In 2013 Megan Washington arrived in London, ready to embrace a Northern European summer and a musical revolution. The previous year had involved a brief flirtation with music television, as a mentor on the first season of The Voice, and film, as Megan starred in the cult feature The Boy Castaways. But it was a random reconnection with Samuel Dixon (Sia, Adele) in London that pulled together the threads of song writing and shaped the creative direction of Megan Washington’s new material.


‘Limitless’ is an exciting illustration of the Washington / Dixon collaboration. With performances on the recording from the likes of Stella Mozgawa (Warpaint) and Leo Abrahams (Pulp, Brian Eno), and mixing duties falling to Tchad Blake (Arctic Monkeys, Black Keys) the resulting single is world-class. Megan Washington.