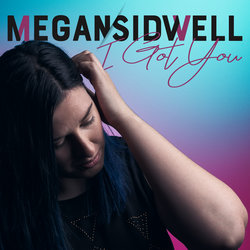 Megan Sidwell embodies the perfect balance of an edgy, chuck-wearing rocker with the pure heart of a country belle. Her music forms a unity between the sensibilities of rock and country pop. Her songs bleed infectious pop hooks and country harmonies, with an edge and a dramatic overtone uniquely her own.

Sidwell’s musical identity has been shaped over the years by the likes of Bonnie Raitt, Lady Antebellum, Hayley Williams and Taylor Swift. She has also played alongside international acts Tyler Hilton (US), Kate Voegele (US) and Big Country (Scotland).

Born in Tauranga, New Zealand, Megan graduated with a Bachelor of Music from The University of Auckland in 2014. Her debut 5 track EP, Forever on a Sunday, was released in October 2013. Produced and mixed by Ben King (Goldenhorse).

At the Tamworth Country Music Festival 2016, Sidwell and band took out first place in the CocaCola Battle of the Bands and closed out their first appearance in Tamworth on the main stage in Toyota Park.

2017 saw Megan as a finalist in the Toyota Star Maker competition in Tamworth. That year she traveled to Nashville to record her next album with Sam Hawksley which will be released 2019.


‘I Got You’ was written and recorded in Nashville, co-written with Anthony Snape and produced by Sam Hawksley, who has also worked with country legends The Sunny Cowgirls and Adam Brand. “It’s about following the road towards your dream, no matter how hard it is, because you have someone that believes in you, someone who feels like home.”