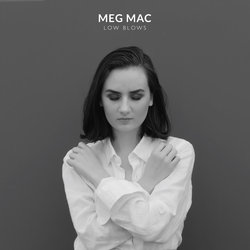 In 2014 MEG MAC was named Triple J’s Unearthed artist of the year. The station spearheaded her trajectory Worldwide playing multiple tracks from her highly acclaimed debut EP, featuring ‘Roll up your sleeves’ which was also play listed on radio stations across America and featured in the US TV series ‘Girls’ and ‘Grace and Frankie’. MEG MAC was nominated for 2 ARIA Awards in 2015 and in 2016 named as one of Triple J’s Top 5 ‘Unearthed’ discoveries of the last decade.

MEG MAC grew up in an Irish family surrounded by the sound of her mum singing old Irish songs and records by Ray Charles, Sam Cooke, Edith Piaf, Nina Simone and Otis Redding spinning on the turntable, permeating her soul.

Leading up to recording her debut album MEG MAC spent long periods in America writing and touring; performing at several major music festivals, tours with Clean Bandit and an inspirational North American ‘Black Messiah’ tour with D’Angelo as well as her own debut sold out shows in NYC and LA.

MEG MAC tours the US in June, including the Firefly Festival in Delaware before heading back to Australia in July to launch of her debut album.


MEG MAC is back and burning bright with her keenly anticipated new single ‘Low Blows’, the title track from her forthcoming album. ‘Low Blows’ is a dynamic, soulful, personal exhortation that’s distinctly and uniquely MEG MAC.