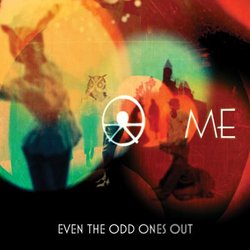 It also hints at the band’s diverse style making them hard to pin down musically. The 12 tracks that make the album are the culmination of “five great years in Melbourne, surrounded by a thriving music scene and embracing musical community” says Luke.

The record opens with the twisted nursery crime theatrics of Hoo Ha ("Mirror, mirror, on the wall, a vain bunch aren't we all"), the band’s feted live opener and a track that really does set the tone of this epic, fully loaded, rock opera of an album. Vampire!! Vampire!! is a straight up, three-minute head rush about the band’s hatred of reality television culture and specifically its creators. “Do yourself a favour, turn the television off, read a book or go support local live music”, offers Luke. Steam punk magnum opus Westward Backwards is the perfect calling card and Trails in the Sky a slice of magnificent orchestral hugeness that hints at the band’s stadium filling ambitions.


There was loads of discussion about the trails that aeroplanes leave behind in the sky and certain conspiracy theories surrounding them. This was the lyrical inspiration! When we were younger, things seemed simpler and as we grow, there always seems to be a more complicated way of looking at things.