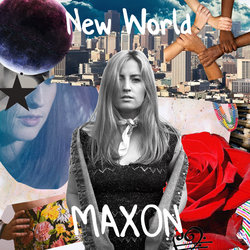 With a voice that will capture your attention and a performance that will leave not a single dry eye, Australian pop artist, Maxon, is ticking all of the right boxes. Maxon presents an all-new brand of self-empowering pop whilst remaining true to a refreshingly raw songwriting style.

The mastermind behind the heart of Maxon is singer-songwriter Maddison Wilson. Since performing and releasing her own music over the last 4 years, Wilson embarked on a new musical adventure. An alter-ego, and a truth she had felt was trying to burst from her soul. A new brand and a new world to share!

2016 has presented Maxon with an array of opportunities. A collection of six heartfelt songs was released as her debut EP ‘New World’ - a first look into the musical world of Maxon.

Following the release of ‘New World’ Maxon appeared on The Voice Australia, successfully auditioning with her own rendition of Delta Goodrem’s ‘Wings’.

Since The Voice, Maxon has hit the ground the running, working on new music and collaborating with a plethora of singer-songwriters in Melbourne. Maxon will be showcasing her ‘New World’ EP at her final show of 2016 at The Workers’ Club on December 10th.


New World is about a revolution. It’s dark but not sad or evil. The world isn’t ending, it’s growing and going to become something beyond our control, but we can choose our own path within it. The New World EP challenges themes like unconditional love, heartbreak, change and human strength.