Matt Ross - Hustle from the Heart 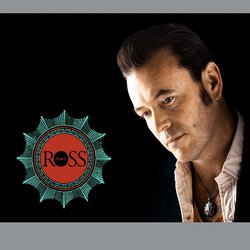 “River Song came to me after watching an inspiring documentary on Muscle Shoals in Alabama about an american indian woman who heard songs from the now called Tennessee river. When she was moved with her people out to the reservations in Oklahoma state, she realised there were no songs in the rivers out there, and spent 5 years walking back to the Tennessee river.

Sometime after that Fame Studio’s was established next to Tennessee river and many artists said there must be ‘something in the water’ for the music to sound so funky and good. Recently my song got into the hands of the founders son of Fame Music studio in Alabama and they loved it”.

Matt Ross started his musical career playing guitar in and around the Balmain Blues scene in the late 80’s / early 90’s.

Other tracks by Matt Ross: River Song  -  Any Day with You
%