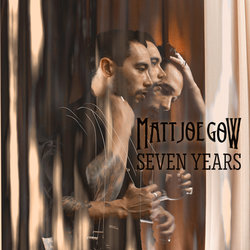 After writing for a year in a tiny Victorian beachside town to reconnect with his writing and himself and after strong urging from long-time guitarist and collaborate, Andy Pollock, Matt headed into the studio to record some of the material he had written. Matt and Andy combined the news songs with some of the best sessions they had recorded over the years. The result - Seven Years.

“I think overall as an album, ‘Seven Years’ is more diverse in sound, somewhat due to the writing spanning that amount of time and the different sessions it was recorded at. I wrote much of it without the intention that anyone would necessarily hear any of it and I think that helps to create a very honest combination of songs. I also didn’t feel I had to wear any particular sound on my sleeve to the same extent. The alt-country style and sound is still very close to my heart and is represented on ‘Seven Years’ just as it was on ‘The Messenger’, but there is more of an Americana flavour.