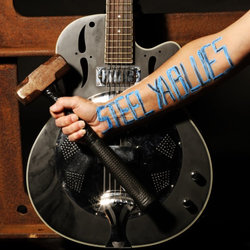 Matt is from mixed English/Spanish gypsy heritage. Having emigrated to Australia as a child, at 17, he left Adelaide and flew back to Spain. He followed the dream of living from music and traveling, first to Africa and the drums, until his love of gypsy music brought him back to Spain, then France and England. He continued his musical voyage in Asia, and for the next 15 years Matt followed the sound through India, Thailand, Burma, Malaysia, the Phillipines, Hong Kong, Korea and Japan. He created his own style of unique playing and as an excellent master of the written word, he married his poetry to his own fusion of roots, blues and world music to grow into a prolific song writer.

After returning to Australia, his first band was the seminal latin fusion band Mandala. Mandala enjoyed success at folk festivals and earned several television appearances.He played solo for a while before turning to Blues music. Within the blues he found a home for his heart and again wrote dozens of songs for his blues band Blues Xpress. He performed with the group for three years before returning to a solo career, playing in venues around South Australia.


'Steel Ya Blues' is courage under fire. A unique and exciting brand of steel slide guitar with layered guitar rhythms, warm vocals and natural percussion.