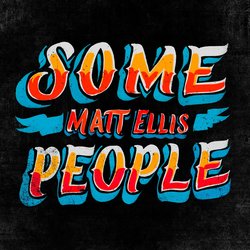 Matt's sound is a blend of Rock, Country and Folk reminiscent of Tom Petty, Neil Young and Ryan Adams. He sits comfortably on the Rock end of the Americana genre, although his roots are firmly planted in Australian Pub and Garage Rock.

He's shared stages with Calexico, Paul Kelly, Kasey Chambers, The White Buffalo, DeVotchKa and LeAnn Rimes over the years and numerous tracks have been licensed in the US by ABC, LMN, MYV, The Food Network and Qantas back home. Matt's signature song, "Heart of Mine", recently made it's cinematic debut on James Franco's "Heyday of the Insensitive Bastards" alongside Natalie Portman, Kate Mara and Matthew Modine.

"Some People" was recently awarded an Honorable Mention in the Americana Category of the International Songwriting Competition. The track is out now, along with a music video featuring a cast of Matt's close friends and family. The single is available on iTunes, Amazon, YouTube and everywhere else you find good music. Visit Matt's website for more info.


"Some People" is the first single off Matt Ellis' 6th album "Rambler Pacifico". It's an acoustic stomp, full of Country and Folk-Rock hooks with lyrics that weaves its way through the layers of modern diversity in today's society.

Written by Ellis, the track was mixed by Nathan Sabatino (Dr Dog/The Flaming Lips) at his "Hi-Dez" Studio in Joshua Tree, California.