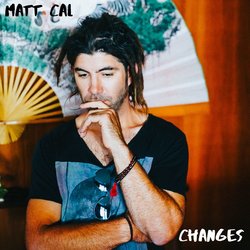 Matt Cal seems laidback enough but he’s a busy soul. For half of his life he’s pursued music vigorously with a bona fide hard work ethic and a raft of EP/single releases complementing literally hundreds of gigs along the way.

From the Grosvenor Hotel’s Club Acoustica sessions and Indi Bar’s Open Mic nights in the mid-late ‘90s, shows up and down the coast of WA throughout the 2000s and sets across Western Australia’s local and statewide festival circuit, Cal has honed his craft as a songwriter and performer.

Working with US ambient producer/songwriter Taylor Dupre, Cal has four new tracks mastered and ready for release in 2020 and current single ‘Changes’ an acoustic roots piece mixed and mastered by Perth’s own Lee Buddle of Crank Recording coming out this side of Christmas.

“I’m just trying to be a good singer/songwriter,” Cal says. “I’m not overly worried about the genre, it’s always about the song. Gutsy but intimate, I guess, is how I do it.”


A reflective ode to the comings and goings we endure in our days on earth, set within Cal’s recent personal experiences at a poignant time in his life.

The song is a storm building and releasing like the loss and beginnings of life.