Marty Rhone - Jealous of the Sky 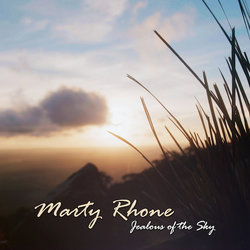 After releasing two co-writes for his first two singles from his forthcoming album, Marty has turned to Aussie country stars, husband and wife Rod McCormack and Gina Jeffreys, for his third single to follow “Graceland on the line” and “We Had a Good Thing Goin”.

During an illustrious career as an actor and singer Martin (Marty) Rhone has performed with and in front of some of the biggest names in entertainment. From the Rolling Stones to Yul Brynner; the Bee Gees, John Denver, Peter Allen and performed on stage in front of De Niro, Hoffman, Burt Reynolds, Sally Field, the late Princess Grace of Monaco, the late King Hussein of Jordon and the British Royal family. On consistency of performance there are few to match him, nor done or achieved as much as he has over such a long period – theatre, television series, film, concert stage, No1 hit records “Denim & Lace”and “A Mean Pair of Jeans”. There are few that have a CV to match.


Jealous of the Sky is a moving perspective on loss, and the beautiful chorus melody is certain to attract an emotional response from those who have loved and lost. It just might be one of the most beautiful love songs of its time.