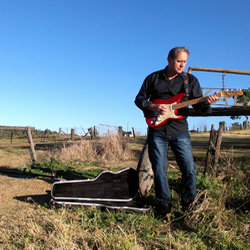 Mark has performed professionally for over 25 years as a soloist, singer/performer in tribute shows, and backed other artists as an instrumentalist. He performed Cabaret as a vocal/instrumentalist and performed in China, Hawaii, and Austria as well as onboard numerous Cruise Ships. He has worked as a stand-up comedian in Brisbane and the Gold Coast and is a session musician playing guitar and banjo for country and rock artists. He currently divides his time between the Cabaret, band, duo and solo work.
• 2012 Performed on Rhapsody of the Seas Cruise ship as a featured entertainer
• 2008 formed ‘Stir Crazy’ country rock band
• 2005 Toured China supporting The Supremes, Gerry and the Pacemakers
• 2001 he formed the Abba show ABBACADABRA
• 2001 he formed The Almost Blues Brothers Show
• 1996 he formed the “Almost Famous Show” playing a variety of other comical characters.
• 1995 he formed The Cactus Brothers playing classic 60’s, 70’s, 80’s and 90’s rock, country
• 1992 formed ‘Mutiny’ playing a mixture of country, bluegrass and rock
• 1991 was a Cabaret instrumental/vocalist on Achille Lauro, Alexander Pushkin, Soloist on Oriana, Fairstar
• 1988 joined Tuckitinya playing banjo, guitar, mandolin, vocals


This is a lightning fast bluegrass instrumental with myself playing banjo and guitar. The fiddle was recorded in Nashville by 3 times USA fiddle champion Brian Arrowood.
I wrote this when I was on tour in the top end at a place called Barra creek.