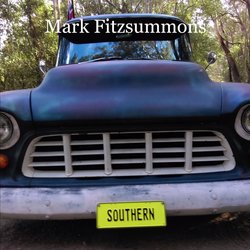 Mark Fitzsummons was born and raised in Tamworth, the Country Music Capital of Australia. Now residing on the Central Coast of NSW, Mark has continued to develop as an independent singer songwriter, receiving a number of acknowledgments, including recognition as a Top 10 Australian song writer in 2016 (ASA).

Mark travelled to Nashville, USA in 2018, to further develop his song writing talents. Travelling through the Southern states provided an opportunity for Mark to observe both the similarities and task difference between the two countries, along with the unapologetic love of their Country Music.

Mark returned to the Hillbilly Hut studio to work with Simon Johnson to produce the songs that will become Southern (EP). A convergence of styles that recognises that great country music is great music, no matter the genre. It is Mark's hope to show the best of both worlds and encourage the listener to simply appreciate the music, no matter what side of the Pacific they reside.

Reading up on the events, Mark stumbled across Harrow, a small country town in Victoria fighting to keep the tradition alive.

A true Aussie song, in the style of John Williamson. Mark infused actual facts, all in a foot tapping, ball breaking song.


Other tracks by Mark Fitzsummons: SOUTHERN  -  Every time I Pray
%