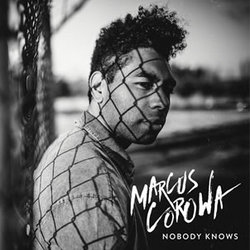 Marcus Corowa burst onto the Australian music landscape in 2012 with the release of his debut EP The Greater You, which won him a Deadly Award for Most Promising New Talent. Growing up in Bowen in Queensland, his earliest memories are playing guitar and eating mangoes. He moved to Brisbane as a teenager and got a job at Australia Post when he finished school. However, music was always in his blood, so it wasn’t long before he swapped stamps for amps and began pursuing his music career in 2009.

Since then he has performed at some major festivals including Sydney Festival, Yabun Festival and FUSE. He has also supported some of the industry’s biggest starts, including Christine Anu, Marcia Hines, Toni Childs and James Reyne to name a few. He is in the process of recording his second EP, produced by Damien Leith, due for release in early 2016. Nobody Knows is the first single from the forthcoming EP and an apt demonstration of what music lovers can expect from this stellar musician. Drawing on his Aboriginal and South Sea Islander roots, Marcus has a musical style that is diverse and evolving, and is perfectly reflected in the single release.


Nobody Knows is penned about the loss and breakdown of a relationship – romantic or otherwise – the feelings experienced when something comes to a sudden, definite end without explanation. “It’s about the feeling of loss and how you have no choice but to recover and move on from that”