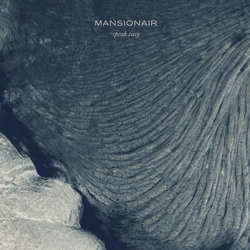 Since dropping debut single 'Hold Me Down' at the front-end of 2014, the steady rise of Sydney three-piece Mansionair (Jack Froggatt, Lachlan Bostock and Alex Nicholls) has been one of intrigue. The widespread praise for the mesmerising and genre-defying track from tastemakers including NME, The Guardian, Stereogum, BBC Radio 1 and Pigeons & Planes, who declared the band an “Act to Watch”, helped propel it to a staggering 10 million-plus combined streams. Along the way they caught the attention of CHVRCHES who released the band's Hold Me Down EP late last year on their own Goodbye Records imprint.

Mansionair have already sold out headline shows, played the coveted Laneway Festival and Splendour in the Grass tours, and shared stages with the likes of Florence and the Machine, Alt-J, The Temper Trap and BANKS. Earlier this year, they made their US debut at SXSW along with shows in New York and Los Angeles. They return to the US this September, and play their debut UK shows in November, in support of CHVRCHES. See www.mansionair.com for full details.


'Speak Easy' is a bold leap forward, co-produced and mixed by Tony Buchen, and finds the band pushing themselves into unchartered production and songwriting territory with breathtaking results.

Other tracks by Mansionair: Pick Me Up
%