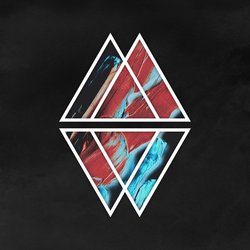 The long-awaited Shadowboxer was written and self-produced over a three-year period – in living rooms, studios, a garage in inner-city Sydney, and finally a cabin in the Californian mountains – in between the band’s travels and touring. It’s the culmination of a journey that started with a viral hit single – ‘Hold Me Down’ – and led to high profile collaborations, a Grammy-nomination, ARIA and Billboard charting singles and several major support tours (CHVRCHES, Florence & The Machine, London Grammar and Bob Moses). But it’s also an album reflective of everything the band were going through personally and creatively – from mental health to sickness, relationship breakdowns to the ordinary coming-of-age struggles of youth.

Whilst 2019 is shaping up to be a momentous year for the band, 2018 was also a milestone year for Mansionair globally. They received their first Grammy-nomination for their collaboration with Odesza on the single ‘Line of Sight’, which climbed Billboard’s Dance/Electronic charts in the US. In addition to ‘Astronaut’ striking gold in Australia, it also saw the band receive their first Billboard Alternative charting song. Similarly, the band landed their first feature on the FIFA 19 Soundtrack for ‘Violet City’.


New single ‘Shadows’ follows on from a steady flow of popular songs, including ‘Astronaut (Something About Your Love)’, which late last year reached gold ARIA certification, ‘Violet City’ and ‘Technicolour’. This slew of singles has seen the band’s global streaming numbers top an impressive 130 million, regularly popping up on streaming playlists and radio waves alike.