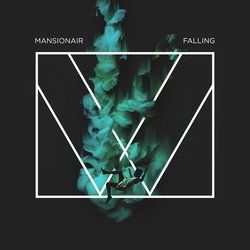 Mansionair are currently in LA preparing for a huge run of dates throughout the US and Canada with electronic duo, Bob Moses. The band has also locked in a November headline tour for the UK, France, Netherlands and Germany, which includes a near-sold out show at Scala in London.

Mansionair have spent the majority of the year touring internationally, wrapping up a 28-date Advanced Placement Tour across America and performing at Hangout Festival and The Great Escape (UK). Vocalist Jack Froggatt also teamed up with ODESZA to perform the hit single ‘Line Of Sight’ during their headline set at Lollapalooza Chicago and Outside Lands Festival in LA. In the midst of this, they snuck home and supported CHRVCHES on their Australian arena tour in July.


Premiered by Zane Lowe on Beats 1 and SiriusXL Alt Nation, “Falling” showcases a softer side to the band’s cinematic sound. A heavenly mix of washed out vocals and tranquil instrumentation has created an understated pop gem that continues Mansionair’s quick, upward trajectory.