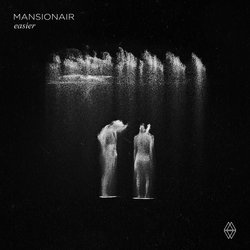 Exquisite new single, Easier, is the first cut from the band’s forthcoming debut album, due for release in 2017.

Recorded and mixed in Sydney alongside Eric J (Chet Faker, Flume, Flight Facilities), Easier is an insight into the new spaces the band is exploring, as they continue to push sonic boundaries. An accompanying music video will also drop soon, which was directed by the talented Matthew Thorne at Collider Films.

Since releasing the singles Hold Me Down, Pick Me Up and Speak Easy, the steady rise of Mansionair has been one of intrigue. The three tracks have collectively accumulated a staggering 32 million streams online and were all added to high rotation on triple j.


Easier features soft and restrained instrumentation that evolves into a gliding chorus, before imploding into a synth heavy expression of raw emotion. Written in the living room of producer/guitarist Lachlan’s house, Easier was loosely inspired by a scene from Sofia Coppola’s seminal film, ‘Lost In Translation’.