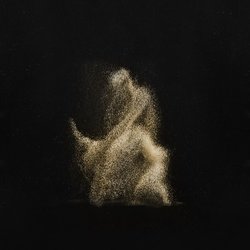 Mansionair’s global streaming numbers top an impressive 250 million having released their debut album, Shadowboxer, earlier this year. It was the culmination of a journey that led to high profile collaborations, a Grammy-nomination, ARIA and Billboard charting singles, and several major support tours (CHVRCHES, Florence & The Machine, Carly Rae Jepsen, London Grammar and Bob Moses). But it’s also an album reflective of everything the band were going through personally and creatively – from mental health to sickness, relationship breakdowns to the ordinary coming-of-age struggles of youth.

SHAED’s current single ‘Trampoline’ has topped the US Alternative charts, is currently #18 on the Hot 100, Top 10 at Top 40 and has 1 billion total impressions. The D.C. based alternative electro-pop trio’s unique presence landed syncs in national TV spots for Apple’s MacBook Air. Billboard dubbed the band “Ones to Watch in 2019” at the start of the year, and SHAED have since garnered glowing praise from the likes of i-D, Interview Magazine, Mother Jones, The Washington Post and more. Recently the band made their AM TV debut on Good Morning America and late night TV debut on Jimmy Kimmel Live!


With surging crescendos and layered harmonies, Mansionair and SHAED have teamed up for what is sure to be your favorite powerhouse collaboration of 2019. "Easier is a song that has grown with us. Initially a personal reflection about overcoming your own darkness, it's grown into a reinterpreted story about facing those same challenges with someone else.” - Mansionair