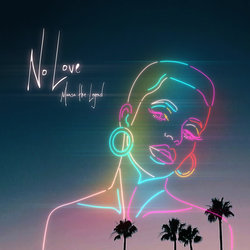 Mansa the Legend is a Melbourne based recording artist, song writer and producer. With a Ghanaian background, born in UK (Cambridge), raised in Japan and living most of his life in Australia, Mansa the Legend utilizes his diverse cultural upbringing to infuse into the style of music that he makes. His passion for music started in High School through performing at talent shows. After years of practicing/perfecting his craft in 2018 he released his first track produced by his brother Kweii titled 'ZONE' a grime influenced song. He is currently working with many major artists to bring out some of the best sounds to come out of Australia.


The story of No love depicts a girl who’s materialistically in love with the idea of being self-dependent and not needing a man. Although self-dependence in most cases is a great quality to have, what she doesn’t know is that she also has toxic traits which involves getting overly drunk every weekend.