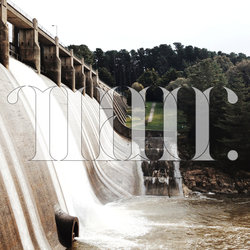 Caitlin Duff & Nathaniel Morse make the music of Manor in an apartment in Melbourne, Australia where they reside with their greyhound Joan.
Manor first came to the attention of a small but dedicated audience dotted the world-over via a trio of stand-alone singles spanning 2011-2013, after-which they set about designing a purpose- built studio, Elysian Fields, the completion of which permitted them to expand their musical horizons free from outside interference.
In July 2015 Manor revealed a new single, ’Can You Hear Me Talking At You’, the first offering from their forthcoming debut EP recorded at Elysian Fields in Melbourne, mixed by Gareth Jones (Grizzly Bear, Nick Cave & The Bad Seeds) in Shoreditch, London and mastered by Joe Lambert (Animal Collective, Unknown Mortal Orchestra) in Brooklyn, NYC. The second single from the EP, ‘Grand Mal’, a sophisticated brooding work appeared late last year on Los Angeles based label blog Blah Blah Blah Science. In March 2016, ’They’ve Come Into My Home’, a rambunctious affair replete with trumpeting guitar lines and clanging percussion, served to usher in their self-titled debut EP available worldwide on iTunes & Spotify Friday March 11 via Gaga Digi.


Grand Mal, from Manor's debut self-titled EP, is an atmospheric, brooding song. At once heavy and hopeful, the song was written about a good friend of the band suffering a grand mal seizure. A hypnotic bass-line and sweeping, discordant guitar are softened by the subtle and breathy vocal line.


Other tracks by Manor: They've Come Into My Home  -  Can You Hear Me Talking At You