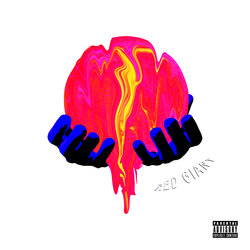 Concept driven with an architectural background, Mania's creative process is intentional, precise and thorough. From overall soundscape down to production and lyric details, they aim to ensure every component of each song reflects its concept. The listener is to be engrossed in emotion and transported into an imaginative reality.

Their emotionally dramatic condition combined with science-fiction, astrology and architecture influences converts each piece into a story. Mania's work derives from emotive and critical introspection which is then developed into non-fictional scenarios, dramatised through the perspective of a heightened "manic" mind, or conversely, a mind in a "low" state.

Mania Lowe's debut record, Red Giant is now available in stores and on all streaming platforms.


Truth, initially a distorted 808 bass coated with smooth house chords and ethereal vocal effects. The song then developed into something warmer, with orchestra and acoustic percussion. To bring back the original edge, I merged the original demo with the existing to execute a dichotomy of hope, love and fearlessness against fear, doubt and awareness of damage.