Man From The Meteor - Bury 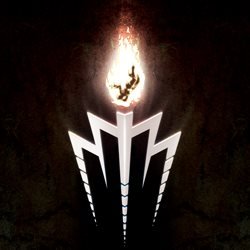 man from the meteor |man frəm ðə ˈmētēər|
Noun
i. an otherworldly presence fallen from the sky: spaceman.
ii. music pertaining to the cult of the spaceman.

iii. music of an otherworldly allure: That sounds like Man From The Meteor.
Abbr: MFTM, Meteor

Origins: 2010s. First sighted in Melbourne, Australia, by individuals of past musical endeavours in pursuit of a new sonic journey. The ensuing band have been further sighted supporting some of Australia’s premier rock acts (including Twelve Foot Ninja, The Butterfly Effect, Dead Letter Circus, The Living End etc) and Justin Derrico (Pink).

With their upcoming debut album looming over the horizon, from which the singles Bury, Black Jackal, and Split The Sky have been released, MFTM have attracted radio play to date from Triple M, Triple R, Radio Port Douglas and The Aussie Alternative. The previous single “Black Jackal” was launched alongside a self funded video and the “Black Jackal: Black IPA” beer, which will be available at select shows throughout 2014... Yes that's right, they have their own beer! A first for an Aussie/NZ rock band!

“Riff heavy and Imposing, Man From The Meteor commanded the stage with incredible presence.” – Beat Magazine


It's no secret how you win. You lie... Building on their signature sound, the third single from the upcoming debut album sees the band make contact with alien lifeforms! Another awesome track, full of heavy grooving, walloping riffs, ethereal sounds and soaring melodies!

Other tracks by Man From The Meteor: Black Jackal  -  Split The Sky
%