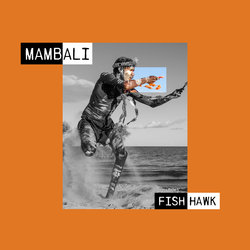 Emerging in force from remote coastal community, Numbulwar in the Northern Territory, Mambali are a young and exciting band brings sounds from the edge of the Gulf Of Carpentaria to a wider Australia.

Mambali have been performing for the last few years at festivals around the Northern Territory and are now ready to release their debut single Fish Hawk ahead of their debut album later this year.

Their traditional songs are about country, culture and the Dhumbul Dance (Devil Dance) but are performed with contemporary arrangements, edge and energy.

They sing mainly in their first language Nunggubuyu and like many Aboriginal bands Mambali strive to be a positive influence on the next generation. They strongly believe that music is a key to that positive influence and is a powerful means of engaging young people.


The song is about the White Breasted Sea Eagle, the lyrics translating to the following...

Fusing their traditional cultural songs and rhythms with contemporary sounds and beats, Mambali create a pulsating performance that has wowed local audiences since 2008.