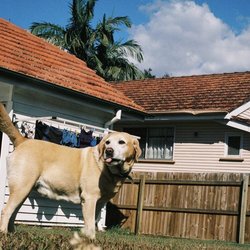 ‘Charlie’ also stands as the first single to be released from Mallrat’s forthcoming third EP, titled Driving Music and set for release September 6 via Dew Process and Universal Music Australia. It’s the next chapter in an already storied career that saw Mallrat reach new heights earlier this year by climbing to #7 on the triple j Hottest 100 with ‘Groceries,’ which would also eventually go platinum in Australia.

It’s also been a huge year on the road for Mallrat, having supported King Princess and Maggie Rogers on international tours, as well as selling out her own headline shows across Australia, and increasingly across the world. She’s now poised to head out on a run of huge dates with her friend and collaborator Allday. They’ll first tour the country nationally starting Saturday, 17th August in Perth, before embarking on a US tour together in September. She’s also set to perform a number of big festival slots for the rest of the year, waving the flag high for Australian music alongside a cavalcade of international superstars.


The new song, ‘Charlie,’ is arguably the most heartfelt and illuminating of her career. Stripped bare, the song is largely a gentle combination of woozy piano chords and Mallrat’s subtle, vulnerable vocals – her patented lackadaisical and charming delivery style at the forefront.