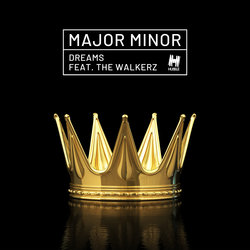 Australian producer duo Major Minor spent their school lunch break making beats for local rappers up in the tropics of North Queensland. Producing since they were both 14 years old and playing in multiple bands helped shape their identity and sharpen their craft to what it is now.

Since then the exciting pair of producers have been honing down on their own sound infusing tropical vibes with trap and pop, using inspiration from the white sandy beaches and lush rainforests of tropical North Queensland.

Major Minor released their debut single Smokers & Jokers in 2017 and shortly followed with their infectious single Everything Around Us. In 2018 they released their third single Riptide which gained national recognition when it charted at number 11 on the Spotify Viral Chart. Riptide also received a feature on the New Music Friday Australia playlist along with their latest single Visor.

Major Minor are currently working on their debut E.P and you can expect to hear a lot more from them in 2019.


Whitsundays duo Major Minor make their highly anticipated return with their latest single ‘Dreams’ featuring Ethiopian-born rapper The Walkerz. ‘Dreams’ is the follow up to Major Minor’s 2018 single ‘Visor’ which hit the top 20 of the triple j Unearthed chart and their 2017 release ‘Riptide’ which peaked at #11 on the Spotify Viral chart, cracking over 150,000 streams.