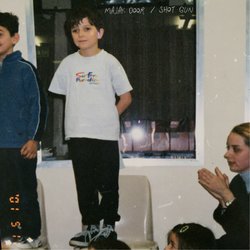 With influences that are broad and inclusive of many genres, Majak Door combine a mixture of surf-rock, 60's psychedelia and dream pop to produce the wavy, tropical lo-fi sound that the band are known for.

2019 has seen Majak Door release their first single of the year 'Daisies', a dreamy laid-back lo-fi number that allowed the band to go on their first interstate tour in support of the single release, traveling up to NSW to make debuts in Canberra, Wollongong, Sydney and Newcastle.


'Shotgun' is one of Majak Door's first releases that demonstrates the bands exploration into harder rock sounds. The guitar work was inspired by Johnny Marr's guitar work, and the overall vibe of the track is inspired by the band Corners, as well as many other late 80's/early 90's tones.