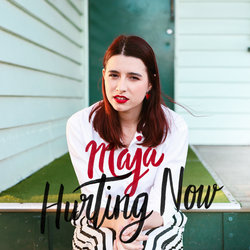 Thought‐provoking and deeply‐personal, Maja's songs are vulnerable and relatable, displaying a depth and maturity far beyond her age. Looking to the past for inspiration, her songs possess a sound quality and nostalgia that her audiences know so well, echoing soul, blues and folk music. Her diverse ranges of styles channel the likes of Otis Redding, Clairy Browne and the Banging Rackettes, Laura Marling and Fiona Apple.

In 2014, Maja completed her studies in Music Composition at the University of Queensland, where she studied piano before focusing her efforts on writing music by pursuing a major in composition. The songstress released her much‐ anticipated debut single “Treat Me Right” in 2015 which was featured on numerous blogs and played on radio stations such as Triple J. A hard‐hitting soul number, the single was inspired by the sounds of Otis Redding and Etta James combining the doo‐wop harmonies of the early 60’s with driving piano rhythms.


The single was produced and mixed by Konstantin Kersting of The Belligerents at Airlock Studios, and is the first taste of her forthcoming second EP. It follows the March release of Maja’s debut self-titled EP, and is set to cement her reputation a serious contender in the Australian music scene.