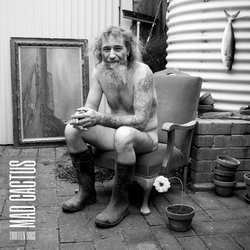 Since their inception in late-2014, Mad Cactus have released their debut single ‘Dream Killer’ that earned a nomination for ‘Best Heavy Act’ by the South Australian Music Awards (2016). The group have also become a mainstay on the local Adelaide scene playing a slew of gigs and building a loyal following.

To celebrate the release, the trio will launch ‘Big Game’ and their forthcoming debut album at The Ed Castle Hotel, Adelaide on Friday June 15.

In the coming weeks Mad Cactus will reveal an accompanying music video for ‘Big Game’ and will showcase every track from the record in the lead up to the official release.


‘Big Game’ takes cues from the likes of the groups staple influences Royal Blood, The Black Keys and Soundgarden. Opening with compelling melodic piano and the endearing vocals of front-man Tim Mellonie, the song builds into a gradual crescendo of brooding guitars and drums, before hitting its monstrous anthemic chorus.