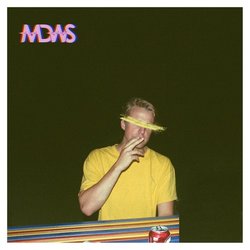 Callum Meadows pairs sultry and haunting vocals with lush soundscapes to create hypnotic and soulful electronica as MDWS (pronounced “Meadows”). Raised in a musical household on New Zealand’s North Island, the producer, singer/songwriter, and multi-instrumentalist inherited a love of music at an early age. After relocating to Australia, Callum went on to pursue a career as a folk artist before losing himself in the world of electronic music and digital synths. Moved by the likes of Flume, Frank Ocean, and James Blake, Callum quit his construction job at the time to study production at a university. As he started producing Callum increasingly relied on the music he created to process the emotions that he often concealed from others in his everyday life. The hours spent alone in his bedroom studio in Gold Coast marked the beginning of the MDWS project and gave rise to “Circles,” the explosive and tragically relatable single that amassed over 5 millions streams on Spotify alone.

Now preparing to release his debut EP, MDWS sets a new bar with his electronic/pop new single ‘Wasted’. It a cumulation of sparse, experimental production and emotional vocals to draw the listener in.


I decided to write this song ‘Wasted’ which is this upbeat party song but when you listen to the lyrics it’s more about a collective of people smiling on the outside but hurting on the inside. I wanted to trick people into thinking it's just another happy upbeat song (an anti-party party song).