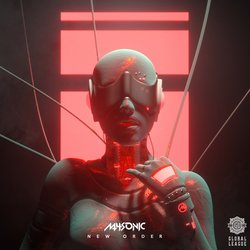 M4SONIC is an Austrian electronic music force. Widely regarded as the world number one Launchpad artist, his sheer skill and enigmatic passion lead to songs and performances that leave onlookers in awe.

He blasted onto the electronic music scene with his unique and truly mind blowing performances on the Novation Launchpad. His first single ‘Weapon’ was released on a self made Youtube video in 2012, propelling his music career to new heights and reaching 1,000,000 views in a few short weeks.

His combined decade of classical music training and an endless creative edge (cultivated at a young age) help him create songs and performances that few other artists in the scene could be capable of.

Unlike many launchpad artists, who load full tracks to the device and allow the programming to let the tracks sync together, M4SONIC loads short sound burst and samples to each individual key and plays the Launchpad as if it’s a square dance piano; something that really needs to be seen to be believed, but even then, it’s difficult to comprehend.

His recent music works combine electronic music with theatrical & classical sounds ranging from dubstep to more commercial vocal dance and anywhere in between.


New Order is the story of a music box that when played in times of trouble or danger, transforms itself into a warrior robot to protect whoever plays it. This hybrid music box / dubstep banger is a unique music combo breaking & blending genres.