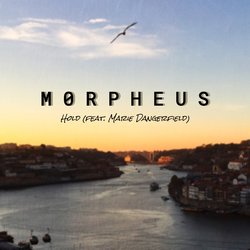 M0RPHEUS is Adelaide-born, Sydney-based keyboardist, singer-songwriter and producer. Immersed in music from the age of 5, M0RPHEUS has worked tirelessly to perfect his craft as a performer and a songwriter, with jazz being the focal point of everything he creates. Inspired by the likes of Robert Glasper, Hiatus Kaiyote and Wallace makes for a familiar retro sound with exciting modern production.

Graduating from the Elder Conservatorium of Music in 2016, M0RPHEUS embarked on a new adventure in Sydney to pursue music even further. In 2018, his track “Snatchin’ Bodies” was featured in the independent film The Essence and he composed the theme music for the “Comedy for Kids! Superhero Gala” at the Sydney Comedy Festival. “Hold” is the first taste of M0RPHEUS in 2019 with local talent Marie Dangerfield providing angelic melodies to sophisticated chords in this song of yearning and adoration.


“Hold” is the first taste of M0RPHEUS in 2019, featuring vocals from local singer-songwriter Marie Dangerfield. Marie's crisp melodies and lyrics of adoration embellish the darker keyboard tones of M0RPHEUS, creating a sense of yearning. "Hold" will be released across all streaming services on Friday, March 8th.