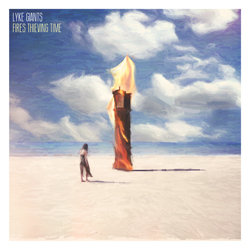 ‘Freakout’ sees Lyke Giants echoing out over the districts with deeply entwined soundscapes that evoke a longing for summer nights and long car drives down winding coastlines. The beginnings of this latest single stems from working with American producer Sylvia Massy (Tool, Cog, Red Hot Chili Peppers) in 2012, who contacted them after hearing their EP. Their month long collaboration in the Californian mountains resulted in their debut LP, released early 2013.

Through 2013 the band has released two singles, with ‘Slowly Sinking’ being played frequently on Triple J Unearthed radio and also earning spots on Rage and Triple J’s main station. The album has also charted in the US on college radio. The summer of 2013 saw Lyke Giants play alongside bands such as The Hives, The Vaccines, Two Door Cinema Club and Maximo Park at The Falls Festival. Now following a statewide run of shows supporting “British India” across Tasmania comes the newest single ‘Freakout’.

The band are currently in pre-production for their next release set for Autumn 2014.