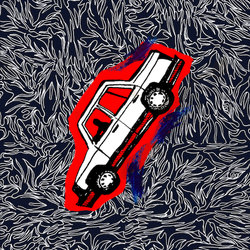 Having been nominated by Triple J as an Unearthed High finalist in 2014 and 2015 as well as named by FBi's Music Director Amelia Jenner and Purple Sneakers as '2019 artist to watch', Lupa J has proven herself as a gifted songwriter, producer and performer.

With four EPs and a plethora of impressive tours and supports under her belt, which include Grimes, Sarah Blasko, Alice Glass (Crystal Castles), Tegan and Sara, Eves Karydas and the recent announcement of Banoffee, it’s no wonder she has found huge international support with the likes of Stereogum, I-D Magazine and Rookie.

2018 saw the release of two hugely anticipated new singles from Lupa J, 'Drift' and 'You’re In My Headphones'. After receiving plays at Triple J and a feature on six official Spotify playlists, including New Music Friday, Lupa J hit 2019 with a sold-out album showcase at Golden Age Cinema to showcase her upcoming debut album Swallow Me Whole, out later this year. Lupa J's latest single, The Crash is out now.


Delicate and vulnerable yet driven with intention in her delivery, 'The Crash' offers listeners a glance into the internal conflict experienced by the artist as she attempts to break out of her former circumstances and explore her innate desires.