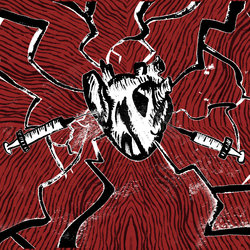 Lupa J is the creative project of Sydney based producer and songwriter Imogen Jones. At age 15, Jones posted her first three tracks under the Lupa J moniker on Soundcloud and immediately gained attention from tastemakers at DIY Magazine who wrote, ‘there’s something in the way she makes predominantly electronic, gadgety things seem like they’ve come straight out of some pagan cave of organic sounds.’ In Australia, national radio station Triple J nominated her as a finalist for an unprecedented two years running in their Unearthed High competitions of 2014 and 2015.

With three EPs and a touring history that includes Grimes, Alice Glass, Sarah Blasko and Tegan and Sara, 2019 has seen Lupa J evolving into one of Australia's most unique and proven left-field pop voices. Her debut LP 'Swallow Me Whole' was released on July 5 to immediate success, with The Independent featuring her as their 'Spotlight Artist', FBi radio naming it 'Album Of The Week', and Spotify championing several songs in major editorial playlists.

“Swallow Me Whole” is out now.


Not one to let time stand still, the 21 year old Melbourne-based singer, songwriter and producer is back with not one, but two new singles, "Half Alive" and "Out To Wreck", showcasing her love of pop, techno and EDM and lighting the way for her new direction.

Other tracks by Lupa J: Out To Wreck
%