Lulu and the Paige-Turners - Garden Sleepwalker 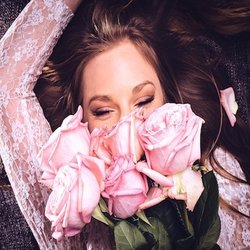 Lulu Paige-Turner’s visual and musical creativity comes together in an invigorating theatrical performance that is striking, inspired by the performances of bands such as gypsy-cabaret group Rapscallion and punk-cabaret duo The Dresden Dolls.

A multi-instrumental performer, switching between violin, guitar, vocal and percussion, Lulu's magnetism curates a wondrous spectacle with her band ‘Lulu and the Paige-Turners’.

Since the release of their debut EP in 2013, Lulu and the Paige-Turners have toured internationally, across the UK and Ireland, as well as enchanting audiences closer to home, from the stages of Falls Festival, MONA, the Spiegeltent, Dark Mofo, Cygnet Folk Festival and Festival of Voices.

Now they release their new single, Garden Sleepwalker, the soundtrack to a summer dream, in which Lulu runs through a wild and secret place, chasing the dancing light.

They celebrate the release with shows at the Peacock Theatre in Hobart, Tasmania's Marshmelody Festival and Melbourne's Wesley Anne during January.

“The sold out show delivered nothing but the wonderland it promised. Lulu’s voice is as complex and dynamic as the band, her character is at times a princess and others a lioness. Think Amanda Palmer for performance and Regina Spector for voice.” – Aphra Magazine


Garden Sleepwalker is the soundtrack to a summer dream, in which Lulu runs through a wild and secret place, chasing the dancing light. Follow her through the trees, branches grabbing at your ankles and pulling on your pigtails, until you catch her at the gate, grinning, knee-scraped and breathless.