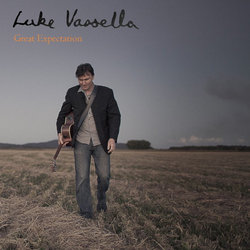 Luke has been a full-time musician since 1998. He is well known on the NSW North Coast and beyond as a warm, personable, professional and inspirational performer. He has played over 1500 gigs in Australia, Austria, Denmark, Sweden & Finland. His original music now fills seven albums, all released independently. Luke won the 'Australia' category and Best Live Performance at the 2010 Australian Songwriter's Association Awards. He has received four Dolphin Awards, and made the shortlist as a finalist in the Vanda & Young Song Competition out of over 3200 entries. His latest album 'Great Expectation' is a collection of ten smooth alternate-country songs, including 7 brilliant new originals, and unique covers of Ryan Adams 'Two', Julie Miller's 'All my tears', and Bruce Springsteen's 'Secret Garden'
Career highlights include:
-Playing support to Savage Garden (1998), Wendy Mathews (1998), Troy Cassar Daley (2001), Alex Lloyd(2002), The Beautiful Girls(2006)
-Releasing seven original CD's,
-Winning the 2010 Australian Songwriter's Association Awards 'Australia' category and 'Best Performance on the night',
-winning the 2003 Maitland Music Awards,
-Winning four NCEIA awards including Best Male Vocal
-Playing at many memorable weddings, great Australian venues, parties and other functions.
-Making two successful trips performing in Europe


I wrote the song 'Our Country' after Australia day last year, I think of it as my healing song. We all need healing, in different and varying ways and I think our country does too.

Other tracks by Luke Vassella: Sweet and Low  -  Out Of Fuel
%