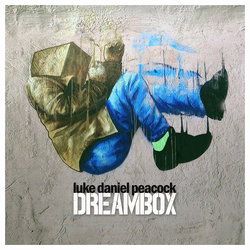 Some know him as ‘Bird', the keys player from the critically acclaimed rock outfit Halfway, some may also know Luke as the front man and creator of the much talked about music project The Painted Ladies,where Luke revived the lost songs of Vic Simms, releasing the groundbreaking and AIR award nominated ‘The Painted Ladies Play Selections From The Loner’ in 2014.
The story of this project was featured on ABC’s 7:30 Report and the subject of a free-to-air documentary titled ‘The Loner’. Peacock has since produced an acclaimed live show, playing the songs to audiences across Australia, with shows at the Brisbane Festival, Womadelaide and the NIMA’s in Darwin. The Music declared the show “a remarkable achievement...with such a reconciliatory and celebratory grandeur”.
Between these two bands, Luke has been put together his first album of solo works. Titled 'We’ve Come a Long Way, Darling', the album is a culmination of twelve years playing and writing, ten tracks stretching wide across the spectrum of rock’n’roll. The album displays Peacock’s knack for exploring serious topics, whilst not taking things too seriously, at once conveying hopelessness and providing hope.


The second track to be taken off Luke's debut solo album We've Come A Long Way Darling sees the singer songwriter showing his sensitive side.

Other tracks by Luke Daniel Peacock: Dreambox  -  My Sh*t
%