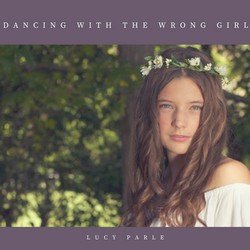 Lucy graduated from the CMAA Junior Academy of Country Music in July 2017 where she was mentored by Golden Guitar winning artist Ashleigh Dallas. During the Academy Graduation, Dallas described Lucy as ’an amazing vocalist whose confidence has grown in a week (at the Academy). Lucy writes great songs. She is infectious and I just think there’s something really really special about Lucy’. Whilst at the Academy, Lucy also had the opportunity to co-write with Ashleigh Dallas and performed this song at the Academy Graduation show.
In 2018, Lucy attended her first Tamworth Country Music Festival where she had the opportunity to perform alongside seasoned musicians, including being chosen by David and Merelyn Carter to be part of the prestigious Shine Showcase.


Dancing With The Wrong Girl is about a high school crush on a boy who already had a girlfriend. The song was written about being jealous of their relationship.