Luca Brasi - Clothes I Slept In 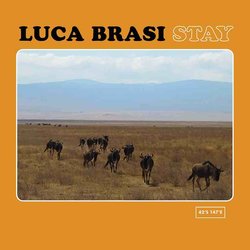 2017 saw the Tasmanians hit the road to play the biggest shows of their career; multiple sold out headlining runs, as well as doing the festival circuit with Laneway, Splendour In The Grass, Falls, and their own festival ’Til The Wheels Fall Off.

Forming in 2009, Luca Brasi are the brothers we all wish we had - whether it’s because of their from- the-heart lyrics, their warm and welcoming stage presence, or undying support for the local music scene. Since their debut album Extended Family the band have crisscrossed Australia several times, toured Asia, UK and Europe. And now Stay is the timely follow up to 2016’s LP If This Is All We’re Going To Be, which landed #18 on the ARIA Album Chart and scored triple j Feature Album.


‘Clothes I Slept In’, the second single from the release is about “considering how the hell to keep it all together” says vocalist Tyler Richardson. It’s about life, growing up, juggling touring with the responsibilities of life at home.