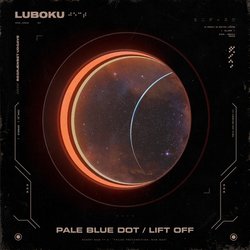 From the age of four, Luboku was intrigued by piano and would practise snippets of classical pieces taught to him by family members. He also picked up the guitar in high school but didn't start creating his own tracks until he discovered music production software. "I do every part of the process," Luboku explains of his autonomous song-crafting approach.

Off the back of touring Australia and New Zealand with producer/singer-songwriter, BAYNK, Luboku has recently been locked in to showcase at Australia’s biggest annual music industry event, BIGSOUND; before taking off for a national run of shows with New Zealand collective, LEISURE. There’s no doubt that this accomplished, multifaceted artist is set to soar, with many more exciting musical creations already underway and slated for release later this year. This is just a warm-up - Luboku is just getting started.


‘Lift Off’ pulses with a percussive synth rattle, a haunting, echoing vocal sample and muffled space talk – all combining to beckon the listener deeper onto the dancefloor. You can feel it in Luboku’s production that he’s harking back to the sounds of mid-2000s house, techno and electronica heard in the likes of Cut Copy, The Presets and Midnight Juggernauts.