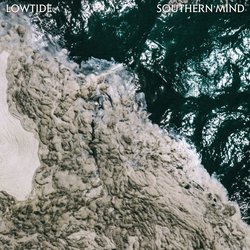 Melbourne’s Lowtide first began to crystallise into existence in 2009, with Gabriel Lewis exploring ambient, textured guitar tones in his solo recordings. In 2010, the outfit expanded into its current line-up to form Lowtide, with bassist/vocalist Lucy Buckeridge and drummer Anton Jakovljevic joining the fold, alongside former member Giles Fielke.

Lowtide’s self-titled debut was released domestically on Lost & Lonesome in July 2014 to much critical acclaim, with Fairfax writing of the album, “There is a synthesis of aural texture and melodic sensibility that is so compelling it verges on hypnotic”. The release was also celebrated internationally, with airplay and support from Henry Rollins on Los Angeles’ KCRW and Simon Raymonde (Cocteau Twins, Bella Union) on London’s XFM. Later that year, ‘Lowtide’ was nominated for the AMP (Australian Music Prize).

Now, with a new label signing to Rice Is Nice, Lowtide are gearing up to release their much-awaited sophomore album, 'Southern Mind', on February 16th 2018.