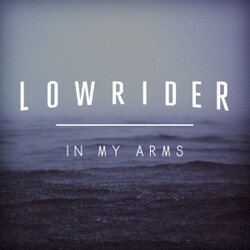 Acclaimed Adelaide four-piece Lowrider make an emphatic return with their third studio album, ‘Black Stones’. Recorded throughout 2012 between the famed Red Bull Studios in Los Angeles and Chapel Lane Studios in Adelaide, the album presents a bold and exciting sonic progression for the band

For Lowrider (Joe, Scott, John and Paul), ‘Black Stones’ is an album that finds them scrapping any grand preconceptions and allowing the undeniable chemistry between the four of them to take control. Letting go and diving in head first. An album essentially celebrating what Lowrider is – drums, keys, bass and vocals. Simple, focused and proud.

Kicking off with the gritty, psych-soul of ‘Days of Boredom’ before diving straight into the intoxicating, effervescent ‘Golden Sun’ (almost echoing ‘Joshua Tree’-era U2), Lowrider lead listeners on a wild ride of strong and unique alternative-soul, from the soaring and uplifting (“Fire Away”, “And I Wonder”) the poignant and tender (“In My Arms”, “This City”) to the rugged and gritty (“Go Get Gone”, “Pay Day”).

This is Lowrider at their most effortless and cohesive, and simultaneously, their most captivating.


Soaring vocals, heartfelt lyrics and dramatic production dominate this incarnation of ‘In My Arms’ - once a simple, serene ballad is now transformed into a monster pop record just in time for summer.

Other tracks by Lowrider: Days Of Boredom  -  Golden Sun
%