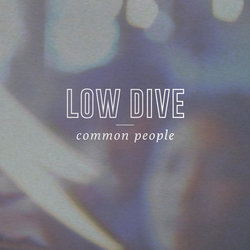 With one foot in the sonic worlds of Warpaint, Big Scary and Beach House, Brisbane’s newest champions of transcendent dream-pop is Low Dive.

The duo - comprising of Kass and Emma - employ walls of synths, vocals, lo-fi drum loops and trickling guitar riffs to deliver dark and lush soundscapes and despite their songwriting venture being well in its infancy, quickly sparked attention amongst locals.

They played their first live show at The Zoo in August 2016 before plunging straight onto impressive local line-ups including the 4ZZZ FM’s Happyfest and The End of The Line Festival, where they played alongside acts such as Fraser A Gorman, Good Boy, Totally Mild and Teeth & Tongue.


‘Common People’ is the first single from Low Dive’s upcoming EP, set for release later this year. The single was recorded, mixed and mastered in February with local producer Rose Parker and the accompanying video was produced and directed by Steefan Van Jaarsveld over a weekend in April this year.