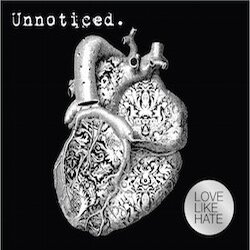 Heather Cheketri and Sonja Ter Horst who make up the guitar and piano ensemble began crafting their intricate blend of post-punk rhythm guitar, atmospheric electronics paired with piano-led melodies five years ago. With arresting vocals, their signature style of pop music is one that manages to reach into the darkest corner of the room and strike a match.

While recording their second EP, Unnoticed last year with ARIA nominated producer, Lachlan Mitchell (The Vines, The Jezabels), the pair were sought out by the founder of UK’s Rough Trade Publishing (Violent Femmes, Le Tigre) after seeing them perform at the sold out London Vegan Beer Festival, and faster than you can say ‘Soybean beer’ the independent music giant signed them exclusively.


List is a hypothetical scenario of the world ending. On a personal note, it invokes the question of whether someone would put aside his or her bigotry, knowing the world was to end. On the same note; if the world were to end, who would you want to be with?