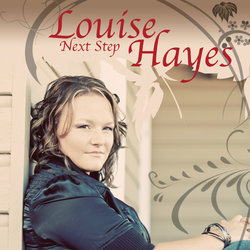 Louise was born into a Christian home surrounded with music. She was raised with a strong belief in God that later turned into a strong relationship with the Father. As a teenager, Louise started singing in talent quests and started worship leading at her local church.
Louise continued worship leading, and doing the occasional session singing. With some recording studio experience and a longing to take the encouraging and inspirational word of God to further places, Louise started recording her debut album "Next Step", with women young and old on Louise's mind, she recorded an album to bring encouragement and strength, as well as a good dance time, in worshiping the Father.
Louise has since become a sponsorship advocate for the women and children of Watoto, Uganda. Bringing awareness of the struggle, heartache, and loss of the Ugandan people, and of the work that Watoto is doing in the country to bring hope, love and forgiveness. God is moving powerfully thru the people of Watoto. Louise has been inspired by what God is doing, making herself available to Gods love for the people, and allowing Him to work thru her to bring awareness and support to the people of Africa.


Next Step is the title track on Louise's debut album. This song is so inspirational, it is what God spoke to Louise throu to keep her recording her album.
All you have to do, is trust God and take that next step!
Have a listen, be inspired!


Other tracks by Louise Hayes: Harmony  -  We Will Remember
%