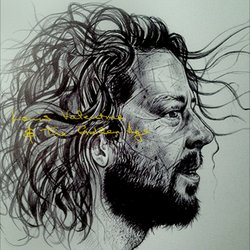 Like many musicians, Louis Valentine spent much of his youth practising his moves in front of a mirror. Sometimes he held a tennis racquet, other times a sh**ty old guitar. One time he used a cucumber as a saxophone. These days he records himself with an iPhone.

Louis joined retro, rock 'n' roll outfit Zuzu Angel and spent the next 5 years playing shows, writhing around stages in leather pants and loving every minute of it.

At the end of 2016, Louis teamed up with The Golden Age - a rag-tag collective of talented, experienced and downright hilarious music journeymen from Melbourne, operating out of Fight Night Records in Abbotsford - and made a record.

Louis Valentine writes music that he likes to listen to. He digs soul and folk, blues and country and tries to weave them together into something funky. His lyrics celebrate the ordinary: an ode to the Victorian High Country one minute, a tongue-in-cheek lament about catching late-night taxis the next. He loves Hammond organ and tremolo guitar, gospel choirs and horns. He values live recording and fine playing and swears to write tunes until he no longer can.


Omeo is a a jaunty soul/country ditty about the glorious town of the same name in the Victorian high country. It is inspired by an ill-fated, 4 day gig playing background music at what turned out to be a rich-persons cult. The town of Omeo, its friendly people and its fabulous pubs offered the only refuge.

Other tracks by Louis Valentine & The Golden Age: Losing Touch (This City)  -  Can't Wait To Begin
%