Lost Ragas - Where James Once Played 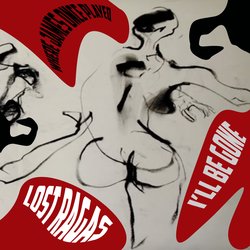 Matt Walker is one of the most respected musicians on the Australian scene. His work as a songwriter, guitarist, producer and composer is credited on dozens of albums, films and documentary scores, and among his peers he enjoys the status of a true cult legend. He has toured with people such as Bob Dylan, Patti Smith, Jon Spencer Blues Explosion, Dirty Three, Nick Cave, Tony Joe White, Cat Power, The Black Keys, Tex Perkins and Joe Cocker. Matt has also written, recorded and performed with an eclectic bunch of outstanding artists including Mick Harvey, Jim Mogine, Archie Roach, Kim Salmon, Broderick Smith, Ashley Davies, Henry Wagons...the list goes on. Currently Matt can be found performing in Lost Ragas. A four piece collective of songwriters who found a band they could all call their own. Although steeped in country, blues and rock n roll, they cast the net wide and produce an altogether original sound. Their two albums (Phantom Ride and Trans Atlantic Highway) are a testament to that.
'Lost Ragas are a force to be reckoned with' – Steve Moffatt, Daily Telegraph


'Where James Once Played' was written on the day friend and musician, James Cruickshank (The Cruel Sea) passed away. Neil Murray happened to be staying at Matt's studio doing some writing and recording, when the news hit and helped note the flood of thoughts. This song is the result.

Other tracks by Lost Ragas: I'll Be Gone