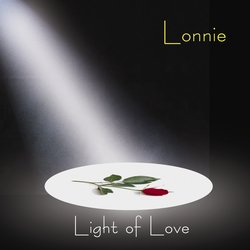 Lonnie Lee one of Australia's first Superstars. From 1956 his rockabilly combo start to many #1 hits 1959 to 1965 to writing with Roy Orbison still releasing today. A True Legend who is still writing, releasing and appearing in the top venues today to full houses with his permanent band The Leemen.

He he still known for his unique and exciting vocal style which brings the emotion of a song to life.

He is referred to today by many as the father of Australian Rockabilly or The Last man standing from his era.

In 2020 his 80th year, he will be touring Australia to celebrate his 64 years on stage.

Don't for one minute think his age shows on stage or on record. A vegetarian for 55 years he looks and sounds as young as many much younger stars.


During the 1970s and early 80's Lonnie lived in America with most of it being spent in Nashville.

During that time he was writing with Roy Orbison and this is one he wrote for Roy.

Legendary broadcaster Bob Rogers, said it would be a #1 hit if recorded years earlier when radio played that type of music.


Other tracks by Lonnie Lee: Light of Love  -  Guiding Light
%